As the days grow short, rain rattles against the window panes and Christmas carols take over the Muzak in the mall, normal people start their Christmas decorating and baking while we lawyers, ever marching to a different drummer, lumber into action in a mad dash to complete our  mandatory  annual CLE credits.

In order to maintain our ability to practice for the coming year we must do several things: refrain from getting caught committing any indictable offenses; pay the law society an inordinate sum for fees, and lastly, provide proof of attendance of at least 12 hours of “lawyers school.”

Not being one to leave things until the last minute I resolved this year to bag all my necessary educational credits well before the 30 November deadline-whole days before, so I signed up for a course about what’s new and exciting in the world of wills and estates.

To my surprise I found the course most instructive: indeed I learned a lot about marriage. Now having been a husband for almost 40 years now, I thought I knew a thing or two about the institution-I even consider myself partially house broken; but, it seems there is always more to learn.

When I began my own journey into wedded bliss, a formal walk down the isle was the sole precursor to asserting any claims at all agains 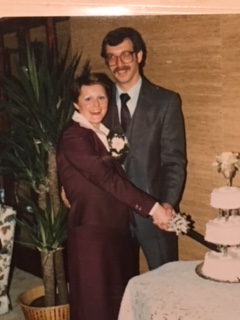 t the property or income of a significant other, in the event that things didn’t work out, and marriage was defined as “the union of one man, and one woman, for life.” Pretty simple, straightforward  stuff, that even a poor country lawyer could suss out.

Nowadays, as a result of the Family Law Act, the Wills Estates and Succession Act, the Charter, and a handful of other legislative changes, as interpreted by recent court decisions, its a whole new ball game. In modern times, one can, it seems, slide into matrimony without even knowing it!

Distinctions between “formal” and “common law ” marriages have long since been consigned to the dust bin, along with any notion that your spouse need be someone of the opposite gender. One can acquire significant support obligations in any relationship that endures for longer than two years, and a claim against some pension benefits can be advanced after only a year of togetherness.

The courts now instruct us that we need to run through a bit of a checklist  of activities to determine if two people seen hanging out together may in  fact be married in the eyes of the law. Are they doing things that suggest they are in a “marriage -like  relationship”?

Do they live together, sleep together, pool their finances, vacation together, own things  together, bicker, or complete each others sentences ? Now here’s where recent judicial pronouncement make it interesting. Courts have ruled that you no linger have to live together, or have sex, or pool your resources in order to be deemed to be married. You can inadvertently acquire a spouse if your relationship ticks a sufficient number of “marriage-like relationship” boxes.

This can be a big deal if you happen to die without a thoughtful estate plan in place, since your “spouse” steps to the head of the line to claim a big chunk of your estate, as well as life insurance, pension benefits, RRSP’s  and the like. For most, their long term relationships are sufficiently “marriage -like” so the question doesn’t come up, but for many, it does. Consider seniors who acquire companions late in life, never thinking that their friend might displace their children for a share of their estate  or those whose time together is punctuated by long periods of separation, or those who fall into long distance relationships.

We live in interesting times- it didn’t used to be so hard to tell if you were married !