Once again this year I succumb to the lazy pundits’ content creation strategy of posting a retrospective on the highlights of the legal year now drawing to a close. And why Not? Not only has it been a busy, busy year, but I have a hunch that a few years down the pike, analysts will be opining that 2018 was a watershed year in the evolution of the profession. END_OF_DOCUMENT_TOKEN_TO_BE_REPLACED

Since the Attorney General seems determined to create a species of half-trained lawyers and to have them regulated by the Law Society perhaps we ought to examine some of the mechanics of how that might work. END_OF_DOCUMENT_TOKEN_TO_BE_REPLACED 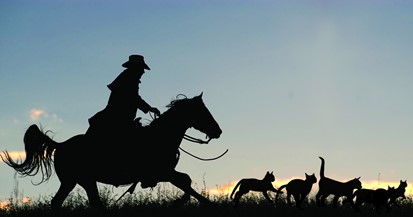 There is an old saying that  managing lawyers is just like herding cats: neither likes being managed, herded or told what to do, as the Law Society of BC and the Attorney General discovered last week at the Society’s Annual General meeting, where the lawyers, hissing and scratching all the way, torpedoed the AG’s latest pet project. END_OF_DOCUMENT_TOKEN_TO_BE_REPLACED

So, the pointy heads at the law society have apparently decided to create a category of law society licensed individuals who would be allowed to do most, if not all of the things that lawyers can do, such as giving legal advice, drafting court documents and appearing in court, but all without the tedious and expensive requirement of a full law school education, or lengthy on-the-job training.

The  Law Society’s working title for this new category of near-lawyers is “legal service provider”, and the rationale for introducing  the category appears to be that it’s far too expensive for the public now to hire real lawyers, so partially qualified lawyers should be encouraged to practice, in the hope that they will work cheaper, and thus solve our access to justice problems.

As far as I know no one has ever actually asked the public whether they would buy into the concept of a multi-tiered, price differentiated market for legal services. Personally, I’m not so sure that they would opt for cheaper representation by lesser qualified individuals, when playing for all the marbles, but then I’m biased!

Of present concern however is, what on earth will we actually call them? Whenever something new, like a new vocation, is invented, it needs a colloquial name. Thus, our first dollar coin became a “loonie”, and spacecraft riders became “astronauts”. I can pretty much guarantee that “Legal Service Provider” isn’t going to stick- it sounds too much like something dreamed up a committee of bureaucrats. We need something better- a catchy name that captures the essence of these purveyors of cut-rate legal services will be all about.

Let’s be clear, they won’t be “lawyers”, and frankly, that term, or its derivatives, ought to be reserved for those of us who are fully credentialed. It would be misleading to describe them as  some sort of hyphenated lawyer, such as as”mini lawyers”, “quasi lawyers” or “near lawyers”.

So, how to devise a name or acronym that doesn’t include the term “lawyer”? Well, consider that when Sir Robert Peel invented the metropolitan police, they quickly became known as “Peelers” or “Bobbies” after their creator. Perhaps then these new creatures of the Law Society ought to be  dubbed “DABIs” ( short for Dumb Ass Bencher’s Idea)

Then again, since the intention is to create a less expensive class of legal professional, accuracy would seem to demand a reference to price in the chosen name, – like CRAP (for Cut Rate Alternate Provider) , or ECONO-PROs ( for Economy Providers), or CHEALTs (for cheaper alternative)

As an aside, just as lawyers can be expected to jealously guard our name, so too will we fight for our animals. We are, after all, the true  legal beagles, and eagles,  and the only legitimate sharks, so these new providers will have to content themselves with other mascots – (I think crows and dog-fish are  still available)

So, the problem endures- a new class of legal service provider in need of a name- dear reader, we desperately need your help- are you the wit that will coin the perfect moniker for those half trained individuals providing legal services for reduced fees? Put you thinking cap on, let your imagination run wild, and give us your comments please !

In the first bout, the Benchers of the Society will square off against the family law bar, END_OF_DOCUMENT_TOKEN_TO_BE_REPLACED