At Darnell & Co we do a lot of estate planning and wills drafting  for clients, so inevitably we  come across testamentary requests that are just a little off the wall. Alas, as juicy as some of them are, professional ethics prevent us from talking about them.

Once probated however, wills become  public documents, so we are allowed to snicker at some of the bizarre provisions that find their way into the last wills of the rich and famous.

Charles Dickens, for example, was a man after my own heart  (and not just because of  my favourite line  in A Christmas Carol  “Are there no prisons? are there no work houses ?”) Like me, Dickens abhorred the attire which most funeral goers affect, so his will stipulated  the at “Those attending my funeral  wear no scarf, cloak,  black bow, long hat band or other such revolting absurdity”

And then there was famous escape artist Harry Houdini, who apparently thought he had a shot at escaping  death itself. His will required his wife to conduct a seance each year on the anniversary of his death, so that he could communicate, in code, from the other side to let her know that his greatest escape had worked. She gave up after ten years , but apparently the tradition endures to this day.

Lawyers are amongst the worst offenders when it comes to weird wills. Take T.M. Zink, for  example. An Iowa lawyer who died in 1930- he had a wee problem with women, leaving nothing to his wife, only $5 to his daughter, and the rest of his estate to build a “Woman-less library” not only would no women be allowed, but only  books by male authors would be displayed! (As a lawyer he should have known the will would be challenged -it was, and the library was never built)

Canadian lawyer Charles Millar created a “baby derby’ when the details of his will became public. He gave his entire fortune to the Canadian woman  giving birth to the most babies in the 10 years following his death  (the derby ended in a four way tie between a quartet of  women who each produced 9 offspring)

Lastly, we have American super -patriot Solomon Sanborn, who requested, in 1871,  that his skin be made into two drums, one inscribed with  Pope’s “Univesal Prayer”, and the other with the  Declaration of independence, and further stipulated that the  drums should be used each June 17th to beat out the tune of “Yankee Doodle ” on Bunker Hill!

I must say, the provision I made in my very first will, that I be given a viking funeral using the leaky sailboat I briefly owned as a law student, pales by comparison!

The news following Aretha Franklin’s recent passing that she had left a very substantial estate with no will, and without making adequate provision for a special-needs child, left me shaking my head. I guess I always thought that behind any celebrity was a team of professionals; agents, managers, accountants and lawyers, making sure their affairs were in order. It appears not.

Ever curious, I decided to poke around a bit see if I can uncover any other estate planning disasters of the rich and famous and I didn’t have to look very far.

Pablo Picasso, one of those famous artists of all time died a very wealthy man with a huge inventory of artwork stuffed in his château, and remarkably without a will. He reportedly steadfastly refused to ever make one.

Picasso had a famously convoluted love life, with two wives, many mistresses and number of children born both in and out of wedlock. his refusal to make a will left his estate in an absolute mess which took some seven years and the expensive assistance of a number of lawyers to sort out. In the end result, the clear winner was the French government which walked away with the lion’s share of the estate in death duties.

Indeed, for a time it appeared that only his eldest son would inherit, and it was only due to a posthumous modernization of  French intestate succession law that his other children eventually received anything.

Quelle mess!  It can’t have been what the great man intended . 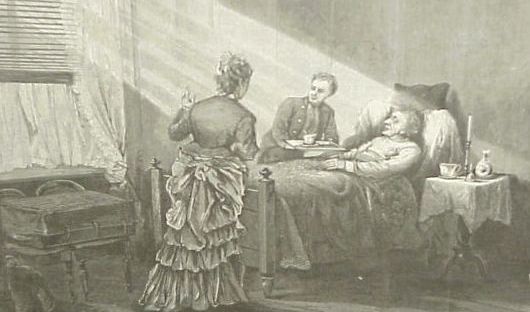 One of the most expensive documents an individual will pay to have created during their lifetime is a will. Usually many hours of agonizing thought go into the process, not even counting the multiple trips to the lawyers office to complete the task.  So it is astounding how frequently those expensive documents go missing.

As lawyers we are evangelists for the will making process, since we know better than most the pitfalls of dying without one. Without a will you risk a portion of your estate going to unintended or unworthy beneficiaries and  your estate will be administered by those not of your choosing. We conclude every wills signing ceremony with the admonition to make sure that the will is kept in a safe place preferably a safety deposit box or fireproof safe, and even have the client sign a form advising where the will is going to be kept. What then could possibly go wrong?

A more or less weekly occurrence is a sheepish inquiry from a wills client, wondering if it is really, really necessary to have the original will,  ( yeah, in most cases it actually is ) as they seem to have misplaced theirs. In the result, we do a brisk business in re-printing and re-executing wills, at least, in the happy circumstance where the loss has been discovered during the lifetime of the testator, and while they still have enough of their marbles intact to make a will.

WESA. our new wills and estates law has eased the situation a bit, allowing us to sometimes probate a copy, or in some cases even a draft of a will, but there is always a risk, and there certainly is additional expense involved. Far better to have an original will to present to the probate clerk.

So why do people make it so hard on themselves (or, more precisely, on their recently bereaved family)? I have been involved in probate files where the original will had been squirrelled away under a wood pile, hidden in a freezer, cleverly concealed under wall to wall carpet, even buried in the  garden, and many others where it was never found at all. More than once helpful family have descended on a senior’s  home, and in a de-cluttering frenzy, have thrown out many of the senior’s personal papers, original will amongst them. Sadly, frail testators, struggling with the onset of dementia, are prone to doing the same.

The moral to the story ? listen to your lawyer, dammit, when they tell you to stash your will in your safety deposit box- that’s what they are for !

Every lawyer has done it and every lawyer hates it: trundling off to the hospital or nursing home to do a deathbed will.

Why is it that some people seem to feel that the only time to make a will is when they are fighting for their last breath? END_OF_DOCUMENT_TOKEN_TO_BE_REPLACED