In the first bout, the Benchers of the Society will square off against the family law bar, END_OF_DOCUMENT_TOKEN_TO_BE_REPLACED

I once employed a junior lawyer who had come the law late in life  after a first career in academia. She viewed the practice of  law through a somewhat different lens, as a result of her previous rich and varied life experience. Some of her observations were very shrewd. END_OF_DOCUMENT_TOKEN_TO_BE_REPLACED

We are inaugurating with this post, an occasional series dedicated to honouring those members of the legal profession deserving of a special award for colossal stupidity in the commission of a career ending folly. The award is, of course, an offshoot of the better known Darwin Awards, which celebrate the perpetual cleansing of the human gene pool  by the magnificently stupid, and are named after Sir Charles Darwin, who famously observed that smart species survive, and dumb ones don’t.

Today’s recipient is James Cooper Morton, aged 58, a senior and well known member of the Ontario Bar; former head of the Ontario Bar Association,  an adjunct professor of law, and a sometimes Liberal candidate for parliament. Mr Morton. it seems became enamoured of his law clerk, to the point of proposing marriage. It happens- office romances can sometimes lead the unwary into matrimony.

There existed but a single impediment to the path of true  love. Mr Morton was, unfortunately, already married. Nothing that an ugly and expensive divorce couldn’t cure- right?

Well, even lawyers begrudge paying divorce lawyers, it seems, almost as much as they hate handing over half their assets as the price of freedom, so Mr Morton took a wee short cut. He simply forged a divorce decree, complete with an official looking court stamp and fake judicial signatures. A seemingly simple and elegant solution to the otherwise messy business of  divorce!

Alas, the scheme very quickly unravelled, and Mr Morton has now been charged with forgery and obstruction of Justice, and finds himself suspended by the Ontario Law Society. (and facing some actual divorce proceedings as well, no doubt!)

Lawyers wreck their careers in all sorts of ways and for all sorts of reasons,  but Mr. Morton self -destructed with such panache that we simply had to award him with this blog’s first Legal Darwin Award . 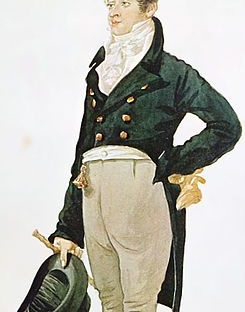 It was Shakespeare who first opined   “Attire oft proclaims the man”, and Mark Twain who refined it, quipping “Clothes make the man- naked people have little or no influence on society.  Never mind society- END_OF_DOCUMENT_TOKEN_TO_BE_REPLACED