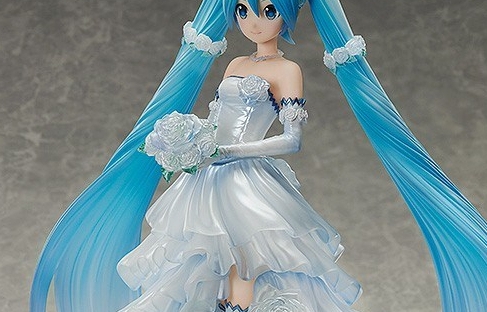 There was so much going on over the holidays that the feel-good story of the marriage of Akihiko Kondo and Hatsune Miku got lost in the shuffle. It was a romantic tale of true love conquering all to be sure, since  the couple had to overcome so many hurdles in order to tie the knot.

First, there was the age difference; Akihiko is 35, but Hatsune’s apparent age is only 16. Then, as always, there were the interfering parents. Akihiko’s parents were sufficiently upset about the match that they refused to even attend the wedding

And then there was the little fact that Hatsune isn’t – how should I put this- – – real! She isn’t an actual human being, but is, in fact, a computer generated hologram modeled on an anime cartoon character,

that interacts with her husband by means of cameras and voice recognition software (all programmed by her husband!)

As a family law firm we try to keep abreast of what’s trending in the  wonderful world of matrimony, since we make our living dealing with the aftermath, and the Kondo/Miku nuptials gave us a lot to think about. What happens when the holographic honeymoon is over ? Can Akihiki simply pull the plug, as it were, or would a form of divorce be needed? Could he be liable for support? If he became enamoured of some other anime character, would that constitute adultery?- and then there is the whole physical side of marriage, how is such a marriage consummated? – oh, never mind, lets not even go there !

Our crackerjack legal research team leapt into action, and swiftly determined that, as common sense would dictate, a human/hologram marriage is not legal, either here in Canada, or in Japan, where the ceremony took place. No need then to add holographic divorce services to  our website. But what we did discover was that Akihiki wasn’t just a solitary Otaku (geek) and his marriage wasn’t a unique feat of weirdness.

It turns out that Gatebox, a Japanese tech firm that makes holographic virtual  assistants, has bought into the concept in a big way. It has established a private marriage registry, and devised an online ‘marriage registration form’ which has been completed by more than 3700 people. Not only that, but it offers family support benefits for employees who  marry anime or video game characters !  That’s right, marry a cartoon character and  your employer sweetens your pay packet and give you extra time off, for ‘family time”.

Seems like Gatebox has figured out what divorce lawyers have long known, real live relationships tend to be untidy, and the unhappily married tend to make poor employees. Better to keep the work force fat and happy in two  dimensional wedded bliss than expose them to the rough and tumble of a three dimensional marriage! 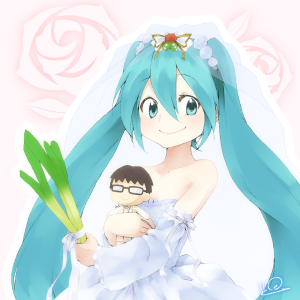