An Executor’s job has never been an easy one, stick handling through the paperwork and bureaucracy to wrap up a deceased’s affairs while all the while dealing with the foibles and expectations of impatient beneficiaries.

It seem that every one is a critic when it comes to the disposition of the big-ticket items in the estate, the house, cottage or business, and the sniping doesn’t stop when dealing with the small stuff like the picture over the mantle and the costume jewellery.

The advent of crypto-currencies gives beneficiaries yet another golden opportunity to throw stones at beleaguered executors, who typically are walking blindfolded into a minefield when they enter the Alice-in Wonderland word of Bit-coin and Ethereum 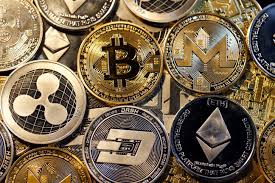 An executor is charged with liquidating the assets of the estate in a careful, prudent and timely manner. More easily said than done in a world where asset values fluctuate constantly. Executors have long wrestled with decisions such as -” do I list the house for sale now, or wait til the spring, in hopes the market will continue to rise ?”. Lawyers, recognizing the problem of constantly changing asset values , usually include clauses in wills empowering executors to retain assets such as stocks and other securities in the form in which they were found at the  date of death. Still, an executor is playing “hot potato” while holding onto any assets whose value can slide. Beneficiaries don’t want apologies they want cash!

Enter the era of digital currency – would it be an exaggeration to say that never before in the  history of mankind has a more mercurial asset class existed? ( well, maybe tulips, during the infamous ‘Tulip mania’ bubble

in fifteenth century Holland – but that’s another story !) From a 2014  value of around $120 the coin skyrocketed to an $18,000 high last December, before taking coin holders on a breathtaking roller coaster ride during 2018. A month ago a coin was worth  over $6,000 while today, a month later , it trades at half that value.

So what’s an executor to do?  how do you make a prudent business decision when dealing with a completely new class of asset, that you don’t understand, that fluctuates wildly in value? One wrong move and you are dead meat, and liable to be devoured by ravenous beneficiaries.

It’s certainly something to think about, when you get the phone call from that nerdy friend who dabbles in crypto currencies asking if you would mind being his executor. ( and,m if you are that nerdy guy, could you do every one a favour by liquidating your crypto – currency positions  before you shuffle of your mortal coil?)