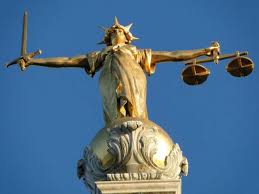 You know what they say:  a billion here and a billion there, and  pretty soon you are talking some serious coin! Last week’s budget was certainly a free spending one, which was to be expected, and left a lot of people with a lot more money in their pockets. Unfortunately, the long-suffering Legal Services Society, which administers the Province’s legal aid program,  was not one of them.

Granted, there was a tiny $13 million increase awarded to the Society in the budget, and  LSS tried to put a brave face on it, noting that it was the largest increase in their budget since 2002. The money however is earmarked only for specific initiatives within the legal aid scheme, notably an increase in funding for family and child protection services, and an expansion of the Parents Legal Centre program. Like a brief rain shower in the desert the new money will evaporate instantly.

The Society acknowledges that the government’s continued parsimony means that it will be totally unable to increase the amount of money paid to the long-suffering lawyers actually representing legal aid clients in court. It is shocking that there has not been an increase in the tariff paid to lawyers acting on legal aid matters since 1991, in other words in the lifetime of the youngest lawyers now wanting to cut their teeth on legal aid cases.

I used to take the occasional legal aid case, viewing it as akin to a civic duty, until  the late 1990s when the economic realities of maintaining my own private law practice forced me to stop. No lawyer with any degree of seniority or carrying any appreciable overhead can afford to take legal aid cases.  In some communities legal aid is now unavailable, because there are no lawyers willing to accept cases.

the Legal Services Society, the Canadian Bar Association,  the Law Society of  BC and  rank-and-file lawyers across the Province were all looking to the NDP’s first budget in hopes that there would be some meaningful relief for legal aid in the Province. Sadly there was not

There is a famous quote that seems apt in the circumstances. There is some controversy as to whether it should be attributed to Pearl S Buck, Mahatma Ghandi,  Herbert Humphrey, Samuel Johnson, or Pope John Paul II, so perhaps they all said something very similar: